You shouldn't have to dread looking at your bank account, should you?

The sad story is similar for most of us, though: we try to save, but at the end of the month we somehow end up back at square one or with less cash than we thought we had. Oftentimes, it's the most overlooked aspects of our spending that really chip away at our checkbook.

If you're disappointed at the number in your bank account, it may very well be due to your overlooked bad habits. Fortunately, some small changes over time can ultimately help you keep money in your pocket without having to sacrifice too many comforts.

So, how can you start saving sooner rather than later?

If you smoke a pack of cigarettes per day, you could easily be spending thousands of dollars per year on smoking alone. Think about it: you could potentially have five figures in a savings account right now if you would have quit five years ago. Although hindsight is 20/20, it's never too late to stop smoking and rethink the negative impact not only on your health but also your bank account.

Relapsing is common for those who quit cold turkey; however, there are plenty of options out there in terms of medications and patches for those looking to get their habit under control. Likewise, there are many deals out there such as this Chantix coupon to help you save even more money as you commit to quit.

Stop Eating Out So Much

While there's nothing wrong with going out a few times per week, you're inevitably blowing your food budget out of proportion if you're constantly getting meals to-go. For example, a $7 lunch eating out five days a week already sets you back $35 for the  whole week. . That money could be better spent at the grocery store for some cheap meals you can bring to work yourself.

Similarly, your waistline will thank you as well considering that meals out are typically less healthy than the fare you cook at home.

Stop Watching So Much Television

More people are cutting cable than ever before which represents a win-win for those looking to become more frugal. Not only can you get the entertainment for a fraction of the cost with Netflix or Hulu, but also spend less some vegging out in front of the TV. Anything you can do to encourage yourself to get off the couch is always a plus, right?

Stop Splurging on the Gym

Speaking of sedentary, just because you're paying for a gym membership doesn't mean that you're  making the most of it.

While going to the gym certainly isn't a bad habit, wasting your membership for the sake of “fitness” absolutely is.

Considering that two-thirds of gym memberships go unused, you may want to reconsider the hundreds you're paying for equipment you're not using. There's certainly nothing wrong with wanting to get fit, but remember that free weights at home and daily jogs can give you the same positive results at a fraction of the cost.

Taking these small steps could quite literally save thousands upon thousands per year without making any major sacrifices. With these tips in mind, you can get your budget under control and start padding your savings account accordingly. 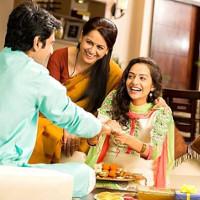 If you are planning to be in the fitness industry but don’t have slightest of idea about how you w [ ... ]