The year is starting to draw near to a close and with the movie business grossing over $7,000,000,000 is the US alone this year there have been some blockbusters in the cinema.

From 80s remakes and action films, to comic book sequels and family movies, hundreds of movies have reached our screens this year.  So let’s have a look at a few of the biggest blockbuster movies released in 2016:

Batman Vs Superman: Dawn of Justice

Released in March and grossing more than $800 million worldwide from a budget less than one-third of that amount, Batman vs Superman Dawn of Justice proved to be a hit.  The sequel to the 2013 Man of Steel, the story is based around the world’s struggle to accept Superman as their true hero.  Some people consider him nothing more than a vigilante and even warn the world of how dangerous he really is.

Bilbo Baggins (Martin Freeman) as well as his gnome’s friends led Thorin Oakenshield (Richard Armitage) finally has succeeded to take back the castle and the kingdom of the gnome from a giant fire dragon namely Smaug (Benedict Cumberbatch). But it turns out that it results a consequence that loses a village near to the castle inhibited by hundreds of human.

The dragon turns out anger out by burning the entire village with his fire. It also makes the residents to be victims. Nevertheless, there is a resident namely Bard (Luke Evans) with full of brave and archery skills succeed to kill the dragon. The death of the Smaug relieves all of the residents as well as Bilbo and his gnomes in the castle.

Unfortunately, after the dragon death, there is another dragon emerged. The wealthy in the castle of the gnome become a fight between the two sides. The gnome, the fairy palace or human, want to get their part of the wealthy. Sadly, Thorin who leads the gnome castle is too arrogant and greedy to share the welfare. It is finally triggering a war among them.

There are two in-depth experienced archaeologists who are father and so, namely Holden (Denis O’Hare) and Nora (Ashley Hinshaw). These two both conduct a research related to a pyramid in Egypt. At that time, Egypt is basically in the middle of critical situation due to military coup d'etat. But they keep conducting the research to a new type of pyramid which is allegedly having a very old age.

The two archaeologists are helped by two TV crews, namely Fitzie (James Buckley), a cameraman and also Sunni (Christa-Marie Nicola), a reporter. They have a job to record all activities in the research during there. Besides, Zahir (Amir K) who is a local scientist also borrow a recording robot from NASA specially for finding the pyramid. 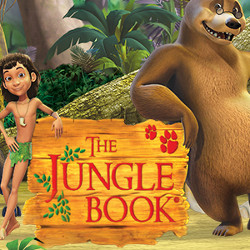 The two big animation movies from Warner Bros and Dream Works Animation change the released date. It was announced by the Warner Bros party a couple times ago. They decided to postpone the release of the movie Jungle Book: Origins, to be October 6, 2017. Previously, this animated movie directed by Andy Serkis is scheduled to be released on October 21, 2016. However, the schedule has been given to the movie Geostorm starred by Gerard Butler.

The movie of Jungle Book: Origins itself is based on the story of Rudyard Kipling about a kid taken care by a wolf. The main character is Shere Khan which is voiced by Benedict Cummberbatch.  Besides the English actor, there is also Cate Blanchet, Christian Bale, Naomie Harris and Jack Reynor who will voice the animated movie.

We all love to get lost in a good TV show series from time to time, but with so many new shows comin [ ... ]