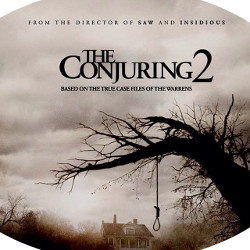 Wan has also signed the long term contract with the studio party. Wan will develop and produce the movie with simple budget-genred science fiction, horror and comedy genre through Atomic Monster Production owned by Wan. The president of New Line Cinema, COO Toby Emmerich said that they have a great experience with James on The Conjuring (2013), and they gave much credit for the movie that worked very well.

Emmerich also stated that using James Wan again to be the director of The Conjuring 2 is such a right step. Emmerich said that Wan is the only outstanding director for horror-genre movie. it is based on how Wan offered the fantastic idea in The Conjuring (2013) and also the latest masterpiece, Annabelle (2014) whereas he was the director, succeeded as well. Based on those facts, Emmerich confessed that he worked so hard to realize that.

Wan himself confesses that there are an abundance of ideas on his head about The Conjuring when the editing time of the movie Fast & Furious 7. Wan also said that taking a rest from a horror movie has allowed him to be more creative. Wan said that he is definitely so glad to tell the case from Ed & Lorraine Warren and also extend the world they made.