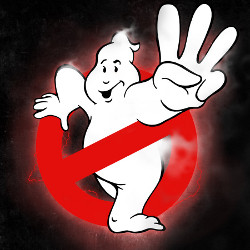 Ivan Reitman, who is directing the first and second Ghostbusters movie firstly is plotted to be the director of Ghostbuster 3 but resigned on March. Then Paul Feig is pointed to replace him. And it is suggested to have a reboot with lady Ghostbusters.

But sadly, it has not been clear whether Sony will still continue the Ghostbusters 3 by bringing back the true team played by Dan Aykord, Bill Murray and the deceased Harold Ramis or with the new concept, led by a woman host hunter. Last time, it is also reported that Emma Stones and Jason Statham will join in this movie.

Previously, Feig is well-known in directing a female character in his movie titled Bridesmaids (2011) and will re-join with Melissa McCarthy in the other comedy movie, Spy. Related to Dippold, recently he is writing a script for The Heat sequel starred by Sandra Bullock. Sadly, even though it is ensured about the director, there is no clear information about the release date.